HELP US PUBLISH JAN SPILLER’S FINAL BOOK! A year before her passing, Jan started her final book, and Chief Astrologer Stephanie Shea will be using Jan’s notes to finish this book in the coming year. We need your help to raise the money needed to get this book published. Your donation will go directly to Citrine Publishing to cover the costs of cover design, book design and layout, marketing, and distribution.

Awakening Your Soul’s Purpose: North Node Astrology through the Houses was imagined by Jan as the third book in a trilogy that began with Astrology for the Soul (1997), and continued with Cosmic Love (2008). Jan wanted to create this trilogy of books to thoroughly cover the theme of the North Node, an astrological point in everyone’s birth chart indicating which energies will be successful in this lifetime.

Astrology for the Soul explains the meaning of the sign of the North Node in an individual chart. Cosmic Love covers how the North Node can operate for people within relationships. After reading these books, many readers were left wanting more answers about what it means to have their North Node in a certain house. The houses in an astrological chart indicate areas of life and add a new layer of information to the North Node interpretation. While some people may be able to synthesize the information in Astrology for the Soul to piece together what it might mean to have their North Node in the first house, second house, etc., a more thorough and clear-cut explanation is necessary. Hence, Jan began her work on Awakening Your Soul’s Purpose. Before her passing, Jan asked that we complete this book for her. 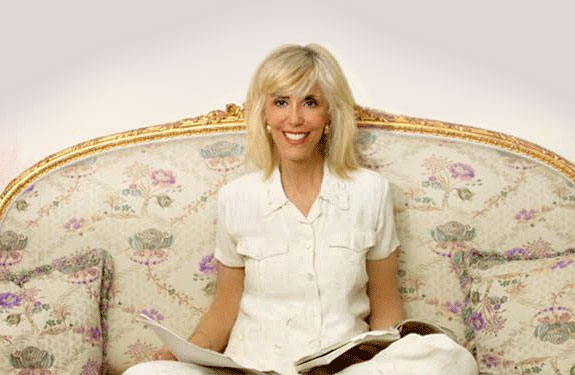 Although Jan had wisely anticipated her reemergence into the Infinite Universe, still, we her family, close friends, and the staff at JanSpiller.com are deeply grieved by her passing in 2016, and the loss of a fellow cosmic traveler, a sister of Light, and a leader in the metaphysical realm of astrology. As a truly wise and compassionate teacher, she carefully mentored and trained others to maintain, expand, and continue her life work of loving messages of truth and light. Through the legacy of her website, millions around the world will still be informed and inspired by Jan’s positive and spiritual approach to astrology. Stephanie Shea (hand-picked and personally trained by Jan) is to continue Jan’s legacy of caring, loving guidance, and understanding through forecasts, horoscopes, and columns.

What The Future Holds

We did not make our fundraising goal, and are currently selling these three classes to help fund the book publishing:

Astrology 101: Foundations of the Cosmic Science

Jan Spiller’s family wishes to thank all of you for the many years of supporting Jan and her work. We ask for your continued support and your help in keeping Jan’s legacy alive, so her work can be enjoyed for generations to come. You can help us do that by continuing to visit JanSpiller.com for your astrological and spiritual needs. Membership on Jan’s website will remain available and will continue to be offered at the same high-quality level. The monthly newsletter will continue to keep you informed on the developments and features of this site. Thank you for your loyal support. We rejoice in knowing that our Jan is with her angels, and she is flying free knowing that her work here on Earth will continue, and we send this message out to all of you with open arms of LOVE.

Astrologer Jan Spiller is a world-renowned author, speaker, radio personality, and a pioneer in astrology research. She is the author of five best-selling books on astrology distributed worldwide and translated into seventeen languages:

The Astrology of Success:  A guide to illuminate your inborn gifts for achieving career success and life fulfillment, 2013.

Astrology for Women: Llewellyn Publications, July 1997, a contributing author to the anthology.

Spiritual Astrology: Your Personal Path To Self-Fulfillment: Simon & Schuster, 1988 (now in its 14th. printing, also published in Spanish, German, Japanese and is currently being translated into French).

The Jan Spiller Show (Weekly Show): Hostess of a 2-hour weekly call-in radio broadcast, heard simultaneously over the internet out of New York and on an AM station in Florida and HD station in Seattle, November 2007 – April 2008.

Frequent Guest Appearances: On both radio and television programs (local and national) throughout the country, 1971 to present.

If the game for Free Spins is not available in your country you will be notified of the game you can play by pop up when you are in the casino client. The history of the gaming and sports betting industry on the Internet goes back 20 years. Slots with one or more lines to bet on Yes, we’ve made sure there is something for everyone at Rome Casino link. Each game has its own unique paytable, so be sure to read the paytable for each game you play by clicking the View Paytable/View pays button.