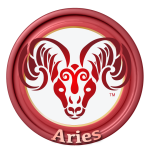 The Sun will shine in Scorpio through the 20th, highlighting intimate relationships, shared resources, and hidden information. Both Mars and Mercury will be retrograde as the month begins, emphasizing the need to review the past and uncover potential problems before moving forward. By mid-month, both of these planets will be direct, which will help to facilitate some new beginnings during the second half of November.

Mercury will station direct on November 3 in the sign of Libra. This will occur in the 7th house of partnership for Aries rising people, and oppose the Sun of those with an Aries Sun sign. If you were born on or around April 15, or have around 25 degrees Aries rising, you’ll feel this astrology the most. As Mercury stations direct, it will be time to integrate the information you’ve gathered since it stationed retrograde on October 13.

After November 3, you’ll feel more equipped to determine your best path forward. However, we’ll be in the shadow phase of this Mercury retrograde cycle until November 20, so you’ll still need to take it slow and avoid making rushed decisions.

On November 13, Mars will station direct at 15 degrees Aries, ending a cycle that began on September 9. With Mars as your planetary ruler, you’ll likely feel some relief once Mars is moving forward again. You’ll have astrological support to initiate new actions, and as the month progresses, and you’re likely to make progress on a project that has felt blocked or stuck. You’ll also probably feel more energetic and ambitious during the second part of November. Mars will be in Aries through January 6, so don’t burn all your energy out this month. Make a plan of action that you can implement over the coming months.

The November 15 New Moon at 23 degrees of Scorpio will be a great time to set intentions related to partnership, soul-mate connections, business agreements, psychological healing, and getting to the bottom of mysterious circumstances . If you’re not already a member, sign up for a membership here to gain access to the most powerful times to set your New Moon intentions.

The Sun will ingress into Sagittarius on the 21st, offering support for educational and spiritual pursuits. If you’ve been trying to decide when to move forward with plans that involve enrolling in classes or training programs, you're apt to gain more clarity towards the end of the month when the Sagittarius Sun is lighting up this area of your chart.

The November 30 Full Moon will be combined with a Lunar Eclipse at 8 degrees of Gemini, which will help you to see the results of efforts related to communications and/or advertising. This will be a fantastic Full Moon to gain a greater understanding about those around you. Use your knowledge to help others in your community.

For special insights from Stephanie Shea revealing November’s overall themes - both the challenges and opportunities of this month - click here.

Check out our YouTube Channel to view video horoscopes and other videos covering the current astrology!

(8 1/2 x 11 size PDF file)
$7
Created by Chief Astrologer Stephanie Shea, this handy timeline includes the major astrological events of 2020 including Eclipses, Retrogrades, Outer Planet Aspects, and Outer Planet and North Node sign changes. Designed to be printed and hung on refrigerators or other places that can be referred to easily, this timeline will help you see the year at a glance and remind you of the important upcoming astrology.

There are no reviews yet.