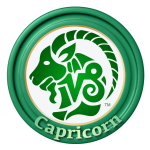 Having a defined goal you are aiming toward will benefit you today. Then you can take charge and use existing circumstances to your advantage.

Happy New Year and happy birthday, Capricorn! This month’s New Moon on January 2 will be at 12 degrees Capricorn. If you were born on or around January 2, or have around 12 degrees Capricorn rising, this New Moon will be extra motivating! This is a powerful New Moon for all Capricorn people to set personal intentions for the coming year. However, the timing isn’t right to take new action just yet because both Venus and Mercury will be retrograde. Develop some ideas this month and move forward towards the end of February, when the energy clears.

Venus has been retrograde since December 19 and will remain in this cycle until January 29. This planet of love and money is retrograde in your sign, so you might feel the effects of this cycle more so than other zodiac signs. We will clear the shadow phase of this Venus retrograde on March 2, and you may want to wait until after this date to move ahead with relationship or money-related decisions. It’s likely you’ll be reviewing your current situation, either personally, professionally, or both. You’re scheduled to step into your power and attract the people and relationships that recognize your worth.

Mercury will station retrograde in Aquarius on January 14, but we will be in the shadow phase of this phenomenon as the month begins. Hold off on making financial decisions and work with your existing resources for now. On January 25, Mercury will move back into your sign. From this date until February 3, when Mercury stations direct, focus on finishing what you’ve started.

On January 17, we’ll experience the Full Moon at 27 degrees Cancer. This Full Moon will shine a spotlight on relationships of all kinds. If you were born on or around January 17, or have around 27 degrees Capricorn rising, you may be feeling extra emotional at this Full Moon. Take the time to recognize what you’re feeling, and remember that feelings don’t always have to make sense. It could be time to shift an important relationship or release a relationship from your past.

Uranus will station direct on January 18, ending a retrograde cycle that began on August 19, 2021. As Uranus moves forward in the coming months, you could begin to feel “unstuck” in certain areas of life that have felt stagnant. The coming months will be a fertile time for creativity, so if you’ve been feeling blocked about a creative project, prepare to make headway. It can also be an exciting time for romance. You may be surprised by a new relationship or fresh energy being infused into a current partnership.

For most of the month, Mars, planet of action, will be in Sagittarius, which will help you to form an action plan for some of the ideas that have been in the back of your mind. When Mars moves into Capricorn on the 24th, you’ll be feeling really energized and ready to take on new challenges later in February.

(8 1/2 x 11 size PDF file)
Created by Chief Astrologer Stephanie Shea, this handy timeline includes the major astrological events of 2022 including Eclipses, Retrogrades, Outer Planet Aspects, and Outer Planet and North Node sign changes. Designed to be printed and hung on refrigerators or other places that can be referred to easily, this timeline will help you see the year at a glance and remind you of the important upcoming astrology.